AT THE GAME BUT NOT IN IT 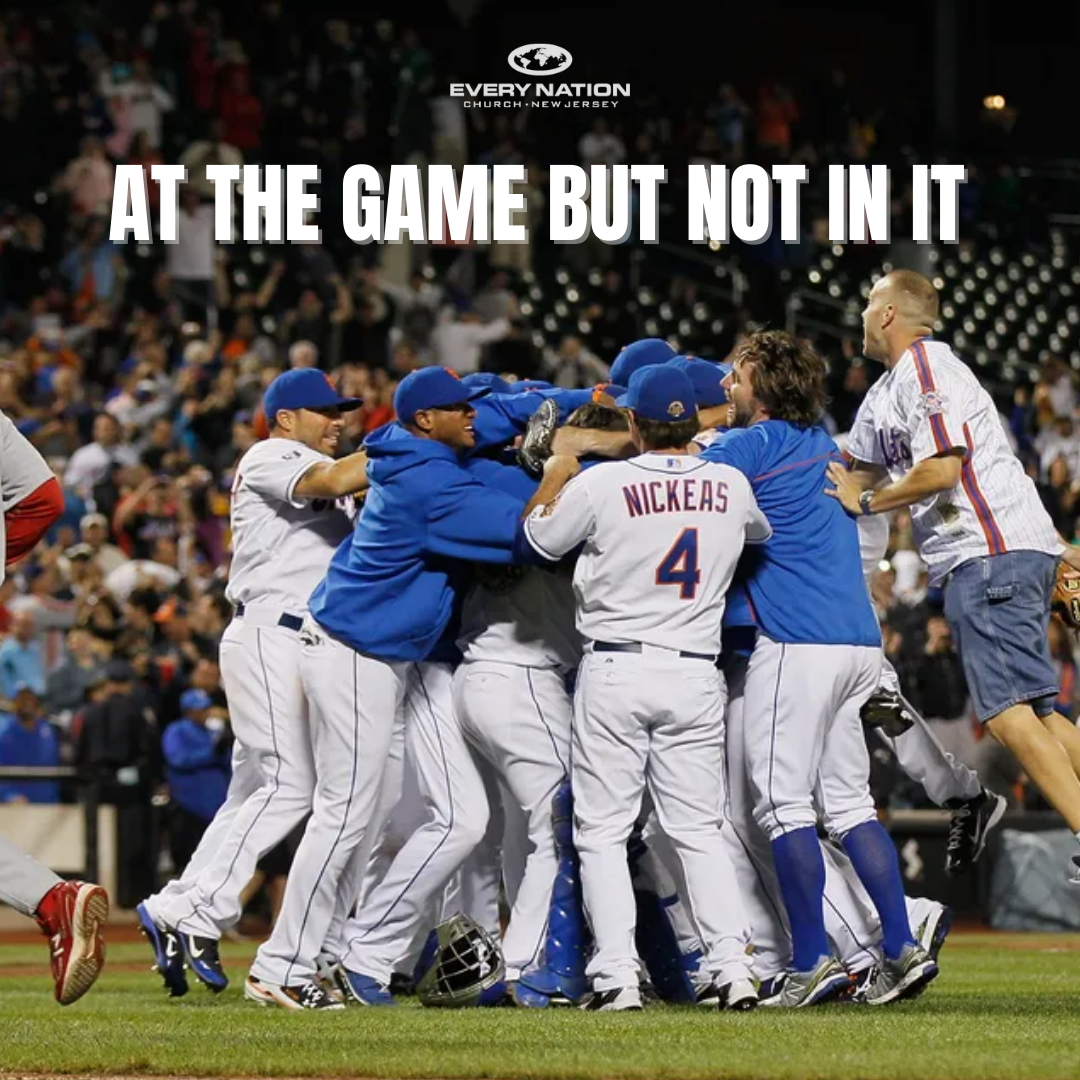 Long time NY Mets fan, Rafael Diaz had the privilege of seeing the first ever ‘no-hitter’ thrown in Mets history. It was June 1, 2012. Met’s ace Johan Santana was on the mound to face off against the St. Louis Cardinals. Santana was dominant throughout the game. Finally, on the verge of history, Santana gets Cardinals batter David Freese to a full count and with the 134th pitch of the night, struck him out and made history. The stadium went nuts as the players stormed the mound to congratulate their star pitcher. Amidst the commotion was spotted another man, he had a jersey but wasn’t on the team. That man was Rafael Diaz (gentleman in jean shorts ‘jorts’) the NY Mets would spend the evening celebrating and Rafael Diaz would spend the night in jail. You see, he had a jersey but wasn’t really on the team. Which brings me to our text:

Increasingly, we will no longer be able to label ourselves as Christians and yet not actually actively participate as one in the world. Jesus is saying, ‘don’t call me Lord, if I’m not’. To call Jesus Lord, demands we follow His Word and His ways. In so doing, you’ll glorify God and bless the world around you. Let’s live for Jesus! And……..Let’s Go Mets!