Home » The Blog » Disney Was Wrong 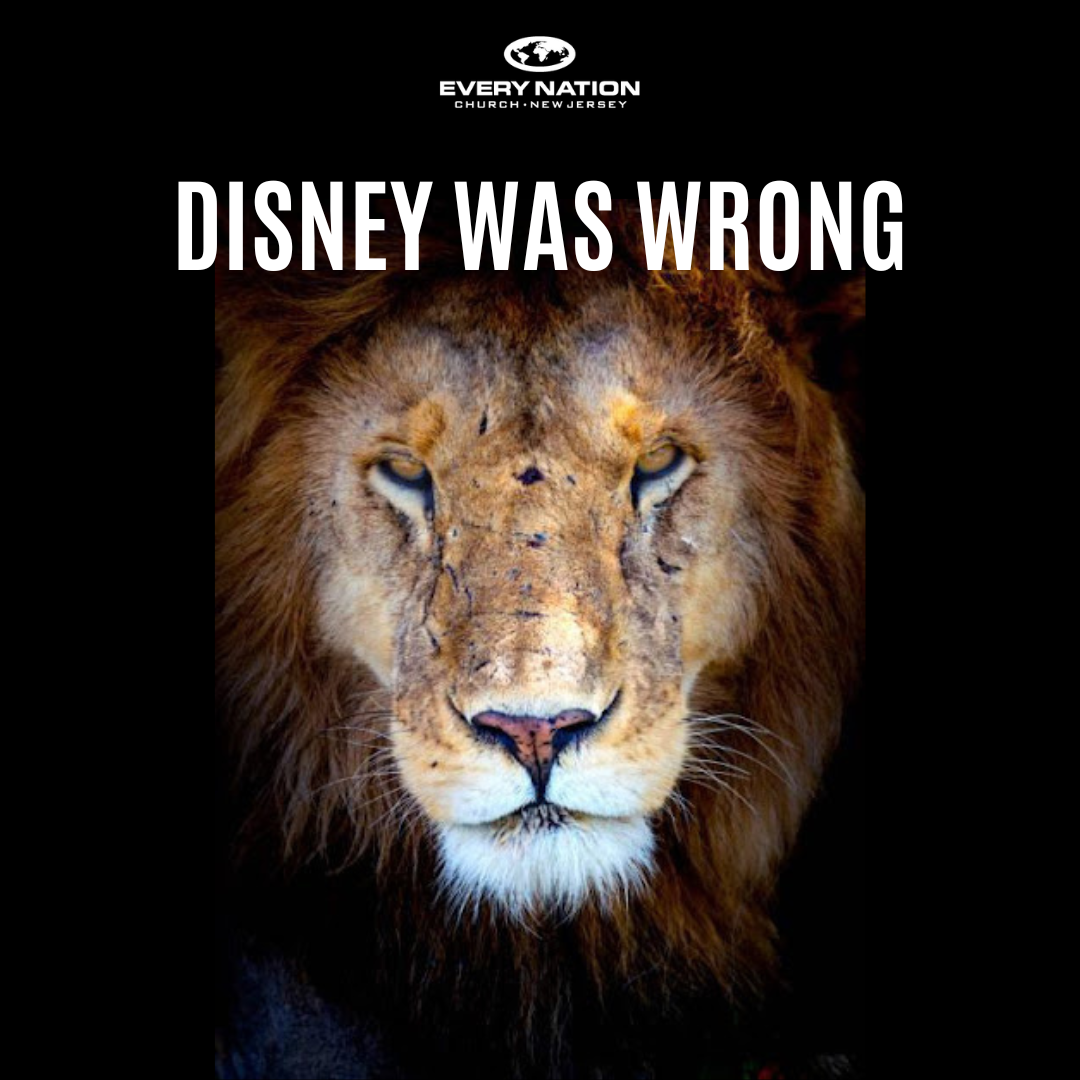 And one of the elders said to me, “Weep no more; behold, the Lion of the tribe of Judah, the Root of David, has conquered so that he can open the scroll and its seven seals.”

It looks like Walt Disney and the Lion King may have gotten it wrong! I recently read, “The Roar Within”, by Brent Henderson. The author is an avid big-game hunter and ferocious ‘Jesus-guy’. Henderson says that lions with visible scars on their face are revered in the wild. The scars declare to other predators and adversaries that this lion is battle-tested. He is willing to engage. He will endure pain and refuses to be defeated. Jesus is declared the Lion of the tribe of Judah. Jesus chose to keep His scars visible on His resurrected body to declare to all His enemies that He is unrivaled! Unparalleled! Unbeaten! King of Kings and Lord of Lords!

His scars are also an eternal reminder of His unending love for you and me. With that in mind…….’Hakuna matata’