Home » The Blog » LIGHT OF THE WORLD

LIGHT OF THE WORLD 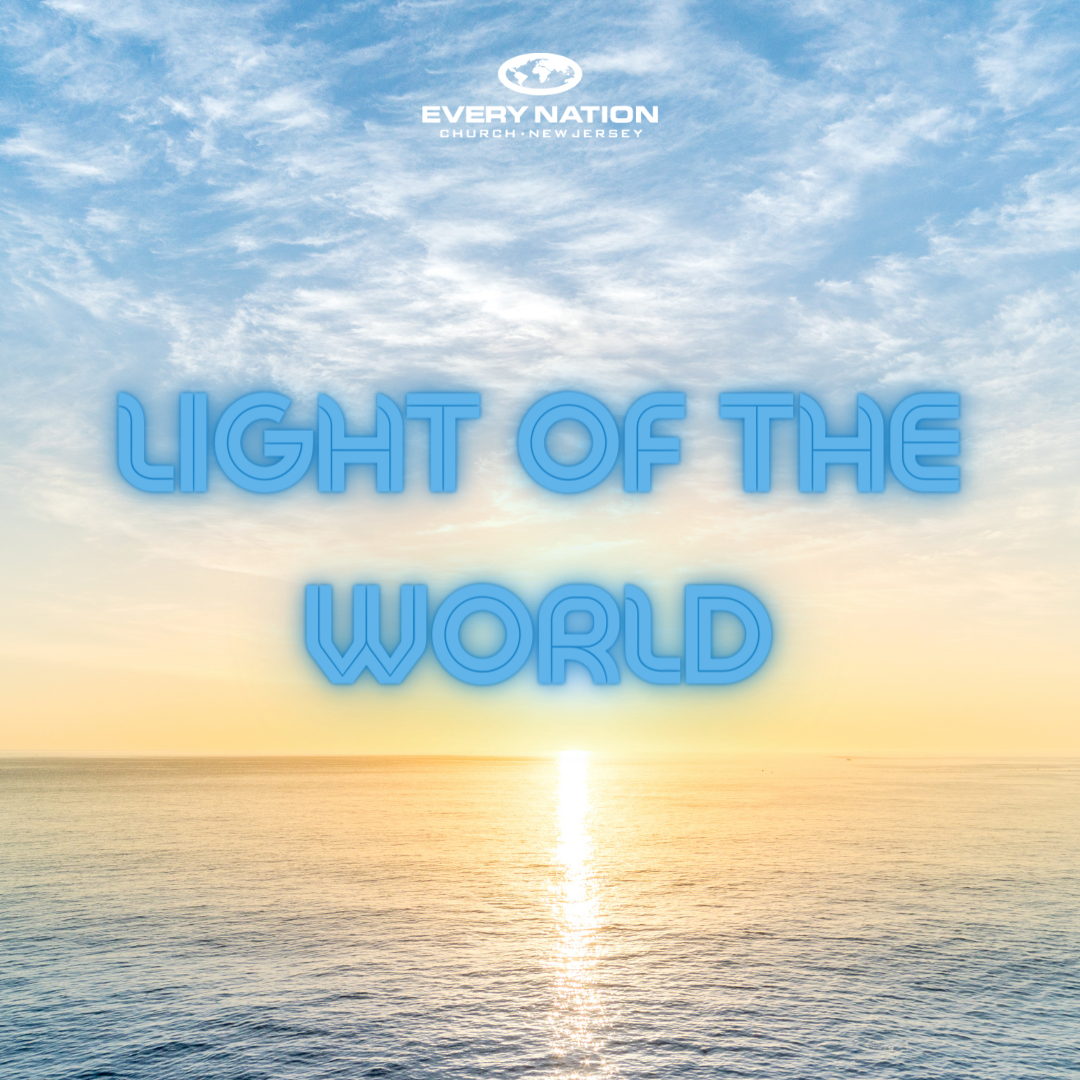 14 “You are the light of the world. A city set on a hill cannot be hidden.
15 Nor do people light a lamp and put it under a basket, but on a stand, and it gives light to all in the house.
16 In the same way, let your light shine before others, so that they may see your good works and give glory to your Father who is in heaven.
Matthew 5:14-16

In John chapter 8, Jesus announces, “I am the light of the world”. It’s when He said this that makes it that much more powerful. Jesus makes that statement as the Feast of Tabernacles is coming to a close. The Feast of Tabernacles is one of 3 great pilgrimage feasts. Jews from around the world would converge on Jerusalem for a 7-8 day feast. The priests would light up the night sky with these massive candelabras. There were 4 in total, each upwards of 70ft high and holding 7.5 gallons of oil. The wicks for the enormous torches were made up of old priestly garments. This massive ‘pillar of fire’ was a reminder of God’s leading through the darkness during the exodus. The joy and exuberance were tangible during this great celebration, but in John 8, the party is ending and the lights are being extinguished. It’s with that backdrop, Jesus remarks, “I am the light of the world”. This brings us to our text in Matthew 5. Jesus lets us know that with His ascension and the sending of the Holy Spirit, WE are now the light of the world! Let me illustrate how Jesus makes this possible. As a little kid, I can remember going grocery shopping with my mother. My time would be consumed by one aisle…..the cereal aisle!! Can I get a witness?! I needed time to wrestle through which one I would choose. It had little to do with the cereal itself and everything to do with the prize inside. I recall one time getting a box of Captain Crunch which came with a glow-in-the-dark compass!! Upon returning home, I opened the box and plunged my dirty hands into the box of cereal to dig out this buried treasure. I found it and immediately ran into a dark closet to see this magical glow in the dark compass. Nothing! Nothing happened. It didn’t glow! The Captain had lied to me or something? Upon further investigation, I read the instructions: “hold under the light for 45-60 minutes!! And so it is with us, as we sit under the light of Christ (His Word, His Spirit, prayer) we are now prepared to shine in a dark world. You are the light of the world!