Home » The Blog » Miracles in Manhattan 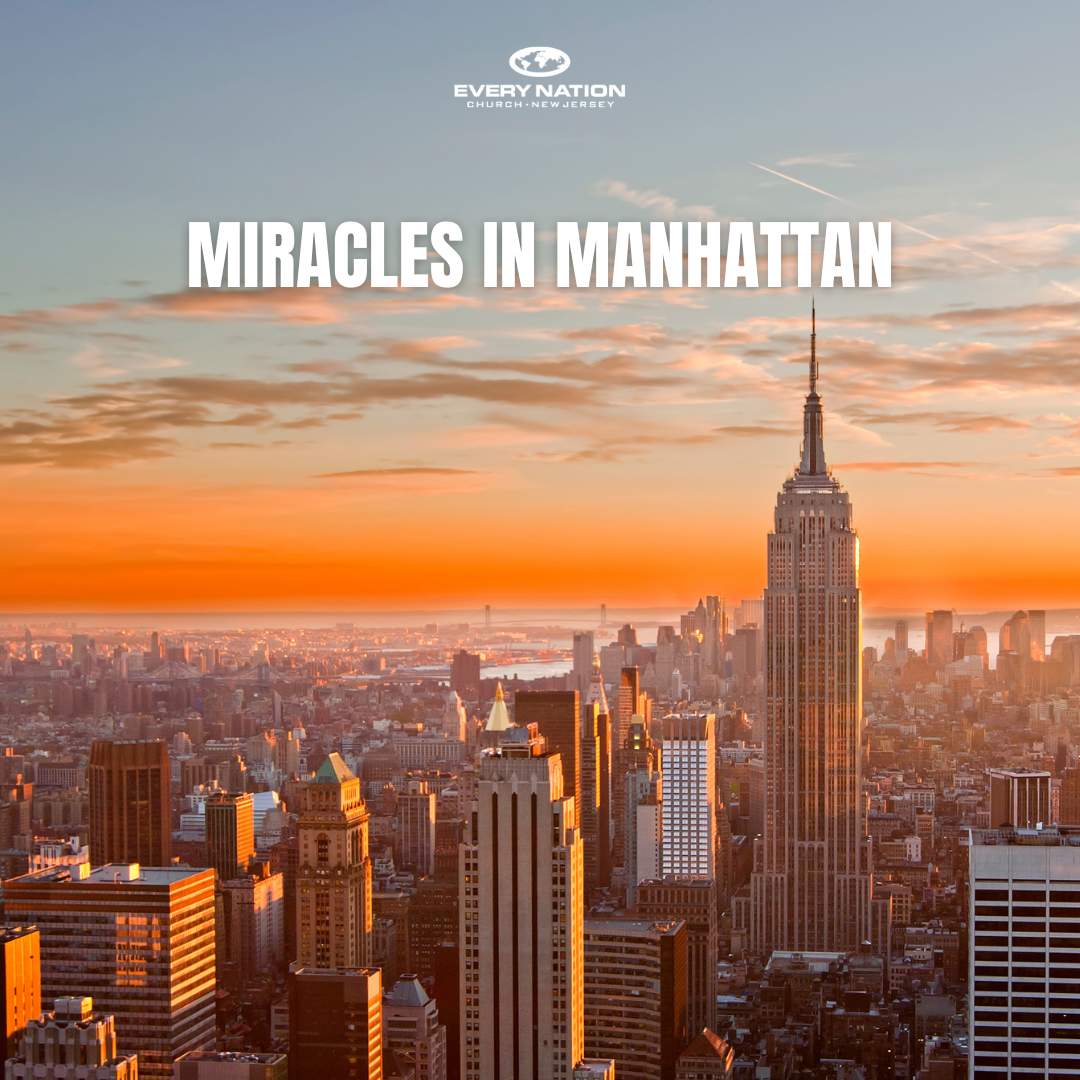 The 1987 NHL entry draft held in my hometown of Detroit, was a moment I won’t forget. Selected by the Hartford Whalers in the 2nd round began a new calling in life as a professional hockey player. My career would span roughly 14 seasons with so many great moments and memories. I planned to go right into broadcasting whenever my playing days were complete. Have you ever heard the saying, “if you want to make God laugh tell Him your plans”? In 2001 I’d lace up my skates to battle the NY Rangers at Madison Square Gardens. It would be the last hockey game I’d ever play. I would return to NYC a few years later, but this time as a pastor and member of the Every Nation team. God must have laughed.

In the fall of 2002, my wife Susan and I sensed a calling from God to help Pastor Ron Lewis plant the church in NYC. We sold everything we had and moved to Manhattan. I can’t begin to tell you how often I wrestled with voices in my head questioning, “what are you doing?” “Are You crazy?” Looking back now, I can see the hand of God was with us all along. I recall early in our adventure, an evangelist rolled through one of our church services. Pastor Ron had him pray over the pastoral team. The man stopped his prayer over me and declared, “you will reach 1000s of athletes for Christ”. Honestly, I was unimpressed and just forgot about it. A week later, one of the NY Jets randomly showed up at our Every Nation service. He approached me afterward and said, you should be our team chaplain. I thought he was joking…..apparently not! I’ve been the team’s chaplain now for 14yrs and God has used it to literally impact thousands of athletes.

Looking back, I marvel at how many broken people Jesus, the great physician put back together again. I’ve had my share of injuries on the ice: 500 stitches, roughly 50 screws and 20 plates implanted, a knee reconstruction, and 5 back surgeries that eventually ended my career. Hockey can take its toll on a body. Living in a broken world can take its toll on a life.

I watched as Jesus took a successful opera singer at the NY MET, who on the outside seemingly had it all, yet inside she was searching for answers to life’s biggest questions and struggling in her marriage. On the verge of divorce, her quest for answers led her to Every Nation. As she listened to the gospel each week the pieces began to fall into place. Jesus began restoring the broken places of her heart. She’d find other believers to help her navigate issues in her marriage. I still remember the day she excitedly pulled me aside and displayed the wedding ring she’d begun wearing again. The great physician repairing lives.

I watched Jesus transform an outlaw biker-gang leader. On the wrong side of a knife fight, this guy was quickly bleeding out as he made his way to the hospital. After hours of surgery and near death, he began to take inventory of his life. As God would have it, he’d meet a woman at our church. She invited him to service. He was simply hoping for a date, instead, he had an encounter with the Lord! At that moment he knew he needed to fully surrender his life to Jesus or his current way of life would soon kill him. Jesus became real to him that day and the Bible became his new way of life. The man who once dealt in violence, sex, and drugs, is now leading people to Christ.

John Parks was a man with a serious heart condition and who’d tragically lost his wife. His daughter Nicole began attending our church through a mutual teen friend. John would faithfully take his daughter to church but would wait in the car, not wanting any part of Jesus or the church. Eventually, John would come inside because he heard there was fresh coffee. Enjoying his coffee in the lobby area, he heard people singing and worshipping God. He didn’t know why but was drawn to it. He snuck in and sat on the back row for a few weeks. The gospel began to penetrate his heart. He couldn’t explain it, but Jesus made him feel whole again. He gave his life over to Christ and received a ‘new heart’ spiritually. I watched as Jesus put his life back together. A few months later, he received an actual heart transplant! The great physician did it again.

Answering the call of God to move to New York was probably the most terrifying decision I’ve made in my life and also the most satisfying. Last hockey story I promise: during the 2000 NHL playoffs I was playing for the Philadelphia Flyers as we battled our in-state rivals the Pittsburgh Penguins. Little did I know the game would prove to be the longest hockey game of all time. It was epic. It began at 7pm and finally finished at 3:30am. We played 8 ½ periods. That is almost 3 complete games. Finally, in the wee hours of the morning, we scored to win the game and eventually the series. Sitting there in my sweat-soaked equipment, exhausted and spent, I felt this deep soul satisfaction inside. Looking into the eyes of my teammates knowing we’d given our all for one another and won was deeply gratifying. Looking back over my time in NYC I have that same feeling, a deep soul satisfaction pouring out your life with others to watch Jesus save people. We won.