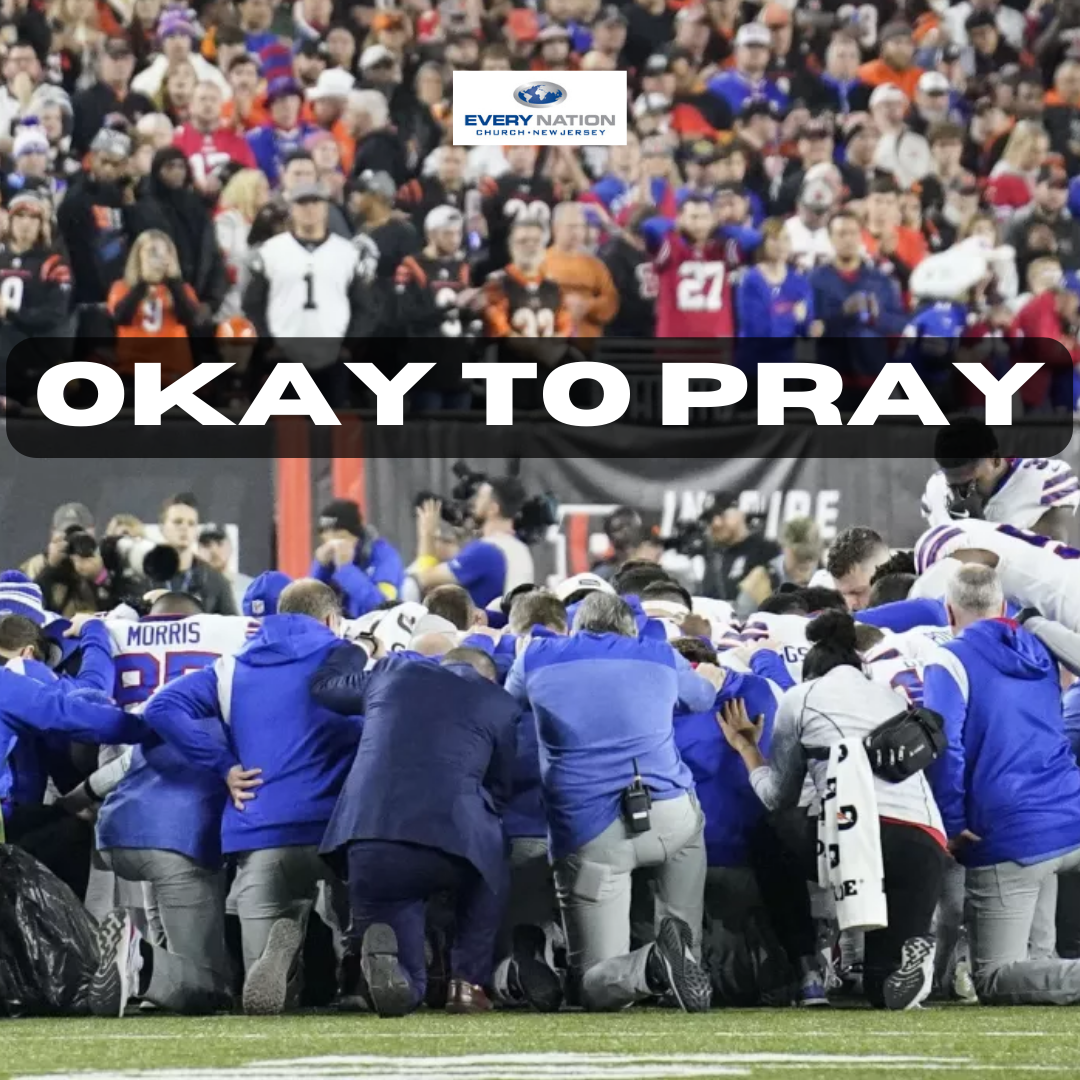 Increasingly it’s become unpopular or even unacceptable to pray publicly in America. Our public schools want nothing of prayer in the schools, despite the fact that right up until 1962, it was the norm to pray in the classroom to start the day. High school football coach Joseph Kennedy was fired because he insisted on taking a knee and saying a prayer at midfield after each game. All that changed on a Monday night on January 2, 2023. The Buffalo Bills were in Cincinnati to play the Bengals. Buffalo safety Damar Hamlin made what looked like a routine tackle, jumped to his feet, and just as quickly collapsed to the ground. The training staff and medical doctors took to the field. It quickly became apparent this was something much more serious than a sprained knee or even a concussion. The players, coaches, and announcers all seemed to be at a loss for words as they gathered around the fallen player. They did what humanity throughout the millennia has done, they took a knee and began to pray. It’s amazing to see, when the fragility of life and our helplessness in times of trouble become painfully obvious, how the human soul longs for and hopes for a God in the heavens who hears and cares. I have great news, there is a God who hears and cares, and His name is Jesus.

“…if my people who are called by my name humble themselves, and pray and seek my face and turn from their wicked ways, then I will hear from heaven and will forgive their sin and heal their land.”

Prayer can be intimidating to some, and it doesn’t need to be. Below is a really simple but powerful way to pray:

3- List 3 things you are grateful for today and give God thanks.

Driving in NJ can manifest the uglier parts of me. (Anyone else?) When you allow another car to merge or pull in front of you, what are you waiting for in return? The WAVE, right?! Just a little wave to acknowledge and say thank you. God is worthy of ‘the wave’. Taking a moment and giving thanks for anything good in your life.

2- List 2 people you will encourage today. We live in a cynical, negative day. A few simple words of encouragement could change someone’s life. Former heavyweight champ Floyd Patterson lost his title to Ingemar Johansson. Floyd knew he lost the title for lack of preparation and not taking his opponent seriously. Shame and regret weighed on him. A low-grade depression set in until he received a handwritten letter from another former champion Archie Moore. Archie encouraged Floyd to get up and get back into the ring. He had the skills and tools. He simply needed to believe. On the heels of that simple word of encouragement, Floyd would become the first man to ever regain the heavyweight championship of the world. What might a word of encouragement from you do for another?

1- Pray for one lost person. The late great D.L. Moody was known to have a prayer list of 100 people he committed to prayer for consistently. At the time of Moody’s death, 96 of the 100 people had come to saving faith in Jesus. The remaining 4 were in attendance at Moody’s memorial service and were so moved, they too, committed their lives to Jesus! Our prayers are powerful to save.