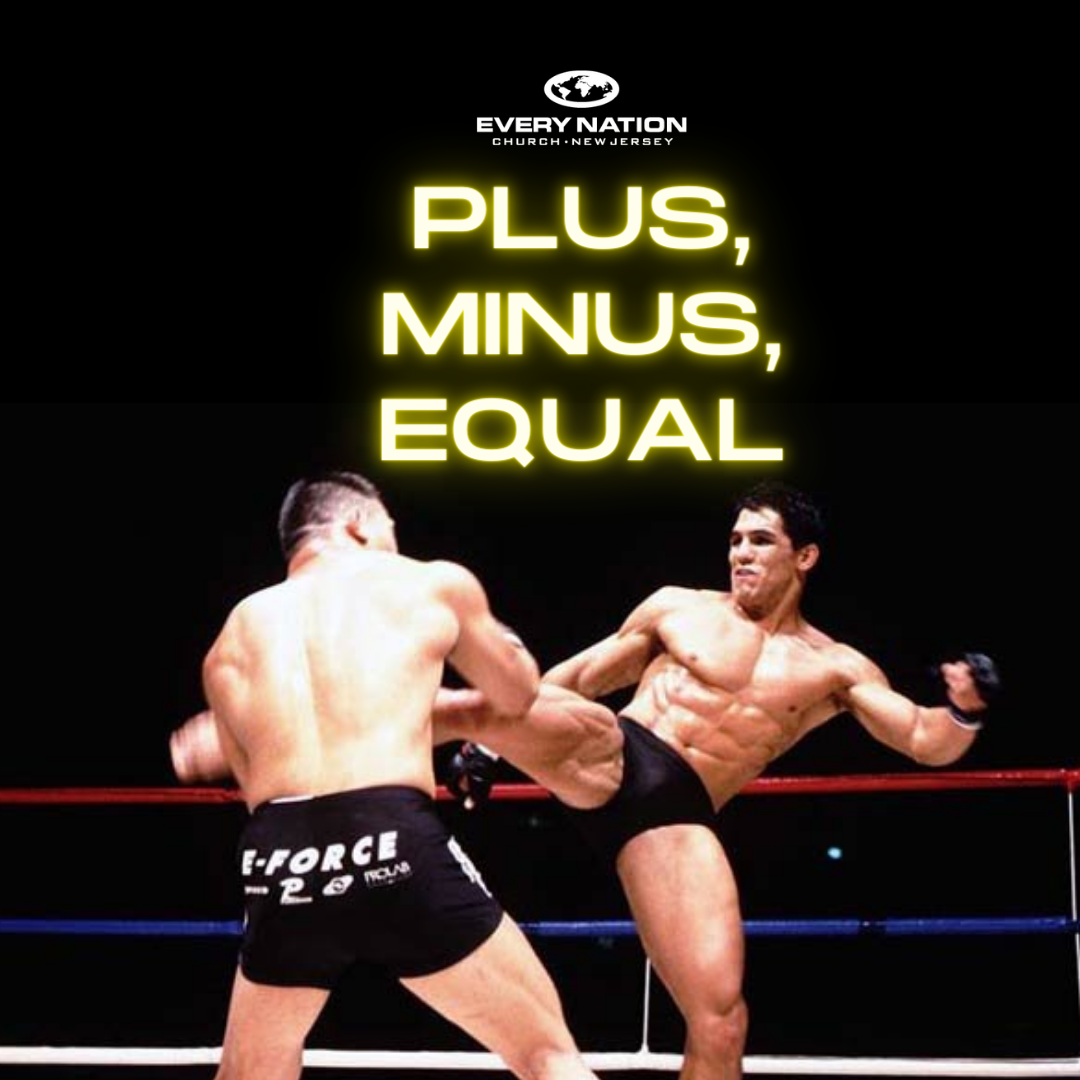 He was voted “Fighter of the Decade” for the 1990’s. He held World Championship Belts in multiple weight classes and disciplines. In short, this guy was A BEAST! His name is Frank Shamrock. I know as a pastor I’m not supposed to be drawn to such barbaric and brutal sports, but I got to be honest, I love it. I’m blown away by the courage and discipline it takes to thrive in the octagon. Becoming a champion doesn’t happen by accident, nor does becoming GODLY!

“Have nothing to do with irreverent, silly myths. Rather train yourself for godliness; for while bodily training is of some value, godliness is of value in every way, as it holds promise for the present life and also for the life to come.”
1 Timothy 4:7-8

Shamrock had a unique training method. He prepared for each fight by training with what he called, “a PLUS, a MINUS and an EQUAL”

“A PLUS”: this was a mentor, a teacher. Someone further along than he was in a given discipline.

“A MINUS”: this was a student. Someone he could teach and train. Teaching is one of the greatest ways to learn. When you teach something-you master it.

“AN EQUAL”: this was a peer, an equal. Someone to compete with, experiment and try new techniques with.

I think Shamrock ripped off a very biblical idea. Every Christian should have these three relationships in their life: a Paul, Timothy and Barnabas.

Paul- was a mentor and spiritual father to many. We should all have a Paul and be a Paul to others. Who’s yours?

Timothy- was a spiritual son and a learner. We should all have a Timothy and be a Timothy. Who’s yours?

Barnabas- was a spiritual peer, a friend to challenge and encourage. We all should have a Barnabas and be a Barnabas. Who’s yours?