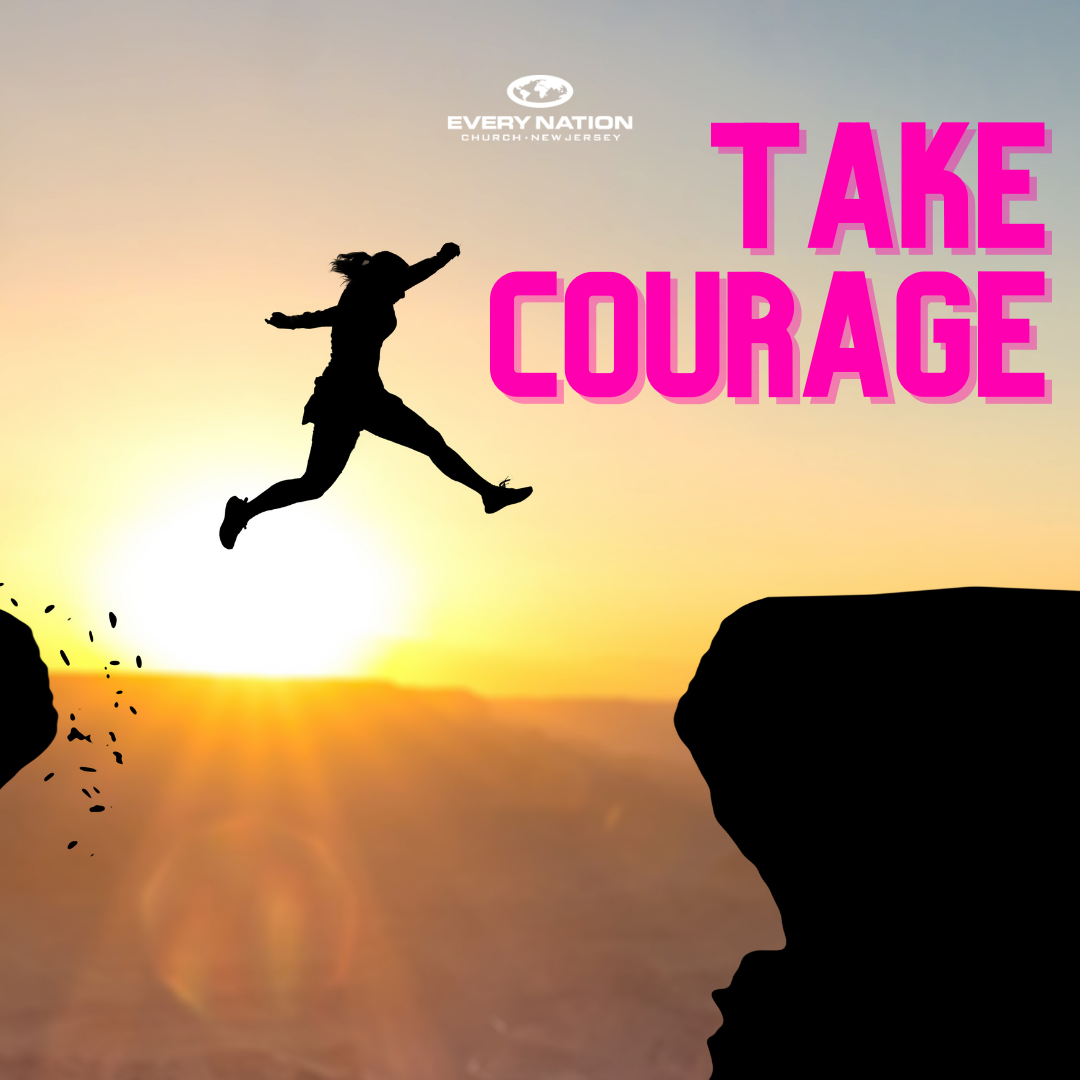 Psalm 31:24 “Be strong, and let your heart take courage, all you who wait for the Lord.”

David wrote this Psalm, and David is an example of a man whose courage came from being God-confident. What fueled David’s courage was his confidence in God’s promises, God’s faithfulness, and God’s power to fulfill them.

One of the best known stories in the Bible is the story of David and Goliath. David stepped out courageously to face Goliath, unlike King Saul and his men who shrank back in fear. What did David have that Saul and his soldiers lacked?

Goliath was about nine feet tall. Physically every man in the Hebrew camp was outclassed – and even more so David who was a teenager at the time. It appeared to be a suicide mission! But  David did not see it that way because his Courage came from being God-confident, not self- confident.

The stark difference between Saul and his men was that they lacked the courage; Goliath looked bigger than God. But not so with David. He saw God as bigger and stronger than the fearful Philistine, so he went out to fight knowing God would give him the victory. He knew the victory would demonstrate God’s power and faithfulness.

This is all recorded in 1 Samuel

(1 Samuel 17: 10-11 45-46) “Then the Philistine said, “This day I defy the armies of Israel. Give me a man and let us fight together.”  On hearing these words Saul and all the Israelites were dismayed and terrified.”

But not so with David…

“David said to the Philistine, “You come against me with sword and spear and javelin, but I come against you in the name of the Lord Almighty, the God of the armies of Israel, whom you have defied. This day the Lord will deliver you into my hands and I will strike you down and cut off your head. This very day I will give the carcasses of the Philistine army to the birds and the wild animals, and the whole world will know there is a God of Israel.”

Faith made David more than courageous. When he heard the Philistine defy the living God it made David angry. His courage was rooted also in stepping out to defend God’s name.

We are all familiar with this story of how David reached into his bag, took out a stone, slung it, and struck the Philistine in the forehead. And the Philistine fell facedown to the ground and died. This is a great example of trusting in God.

God has called us to be courageous and bold. Courage flows into our spirit from the Holy Spirit who guides and directs us as we take our stand in boldness. Some of us may be in a current situation where we need all the help and courage we can muster.

We need to listen and remember Jesus’ words to take courage. As we learn to allow God to fill us with his strength, He will surely rescue us and provide courage in our time of need. Jesus spoke of the need for courage and peace to his disciples as he neared the cross: “These things I have spoken to you so that in me you can have peace. In this world you will have trouble. But take heart! I have overcome the world.” (John 16:33)

God does not promise us a trouble free life, but he did tell us he would never leave us nor forsake us. He will always be there for us to strengthen us and fill us with peace.

Remember courage comes from being God-confident not self- confident!

Another well-known story in the Bible is when Jesus walked on water.

“When the disciples saw him walking on the lake, they were terrified. “It’s a ghost,” they said, and cried out in fear. But Jesus immediately said “Take courage! It is I. Don’t be afraid.”

“Lord, if it is you,” Peter replied, “tell me to come to you on the water”

Then Peter got down out of the boat, walked on water and came towards Jesus. But when he saw the wind he was afraid and, beginning to sink, he cried out “Lord save me!”

Immediately Jesus reached out his hand and caught him. “You of little faith,” Jesus said “Why did you doubt?”

God has called us to be courageous and bold, to get out of the boat into any storm that might come our way and listen to Jesus’ words “Take courage.”

Courage is nothing less than God himself filling us, empowering us with a bold inner attitude, living out the inner confidence that comes from God. And if by chance doubt creeps in, all we have to do is call out the Name of Jesus, and he will lift us up.