Home » The Blog » THE AGONY OF DEFEAT, BUT NEVER DEFEATED

THE AGONY OF DEFEAT, BUT NEVER DEFEATED 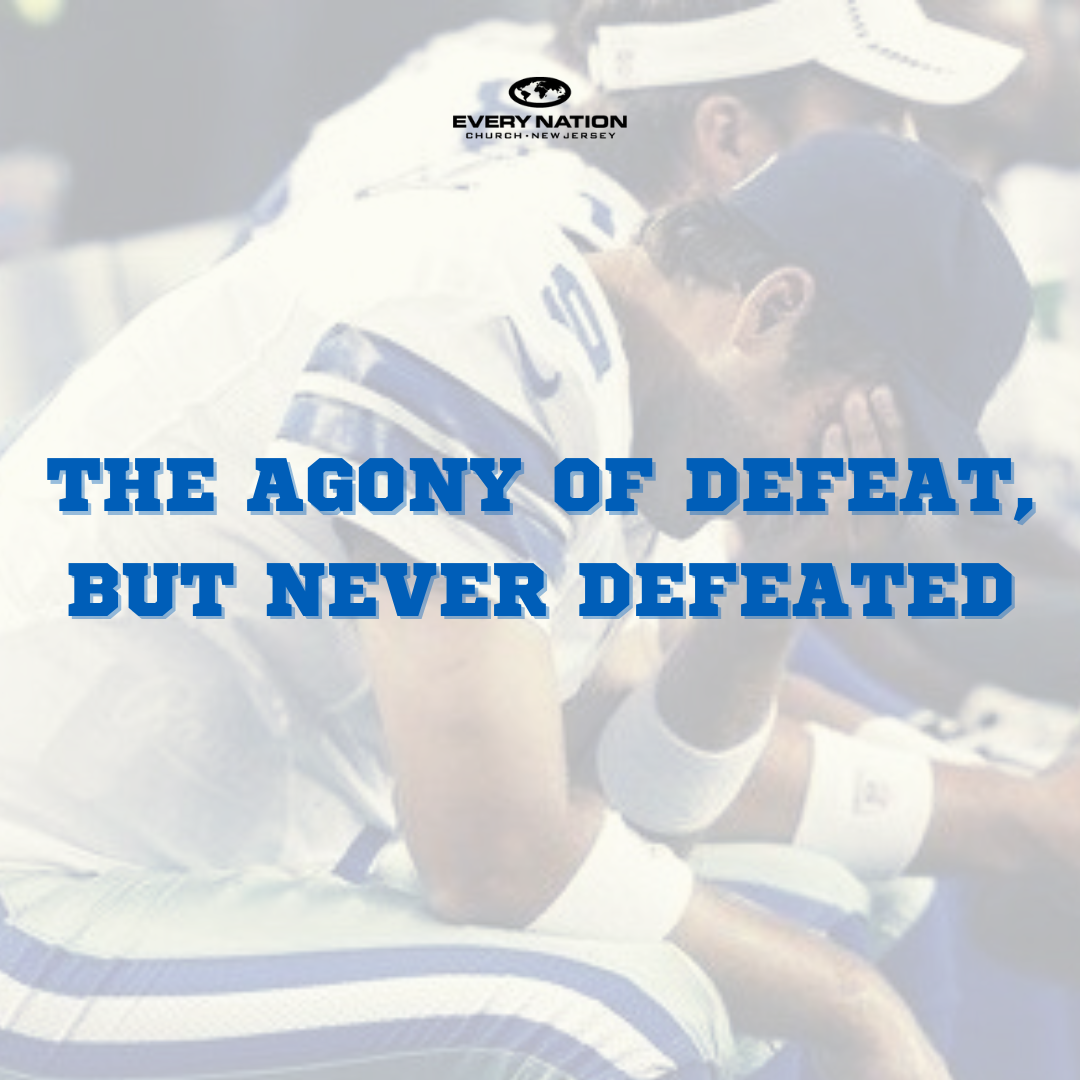 “…the righteous falls seven times and rises again, but the wicked stumble in times of calamity.”

Vinko Bogataj, you don’t realize it, but if you’re 40 years of age or older, you know this man (if you are younger, you might need to google it). When I was a kid, the world was very different. Our phones were attached to the wall, and our TVs weren’t. Each home was lucky to have one tv with only 3 channels available (can you imagine!). A remote control was unnecessary, your kids were the remote control. Saturdays, in particular, were big tv days. The mornings began early with cartoons and morphed into a day of watching sports with my father. ABC’s Wide World of Sports was especially popular, and I’ll never ever forget the opening montage and monologue: The iconic voice of Jim McKay would say, “….the thrill of victory” while showing a montage of epic sporting moments. Followed by “…and the agony of defeat,” and what image came up? A doomed ski jumper that caught his edge and crashed, sending skis and goggles everywhere! You thought for sure, ‘this guy is dead’. That guy was Victor Bogataj. Years later, ABC sports would hold its 20-year anniversary banquet. All the biggest stars where there, like Muhammad Ali and Kareem Abdul- Jabbar, and yet no applause was more thunderous than that given to Victor Bogataj. (Ali even stood in line to get his autograph)

There is something about failing, ‘crashing and burning’ that resonates with all of us. Every one of us has had moments where we didn’t think we could ever recover, rise up or resurrect. Yet somehow, someway, we did. If you’re down and out right now, I’m praying for you, and I want you to know you are going to make it. Jesus left us the greatest example of getting up, and because He got up, you and I can too. For the follower of Christ, hope truly springs eternal, and the best is yet to come. I pray you hear the thunderous applause of heaven as you run the race marked out for you with endurance. (Hebrews 12:1)