Home » The Blog » WHAT SEINFELD TAUGHT ME ABOUT THE DEVIL

WHAT SEINFELD TAUGHT ME ABOUT THE DEVIL 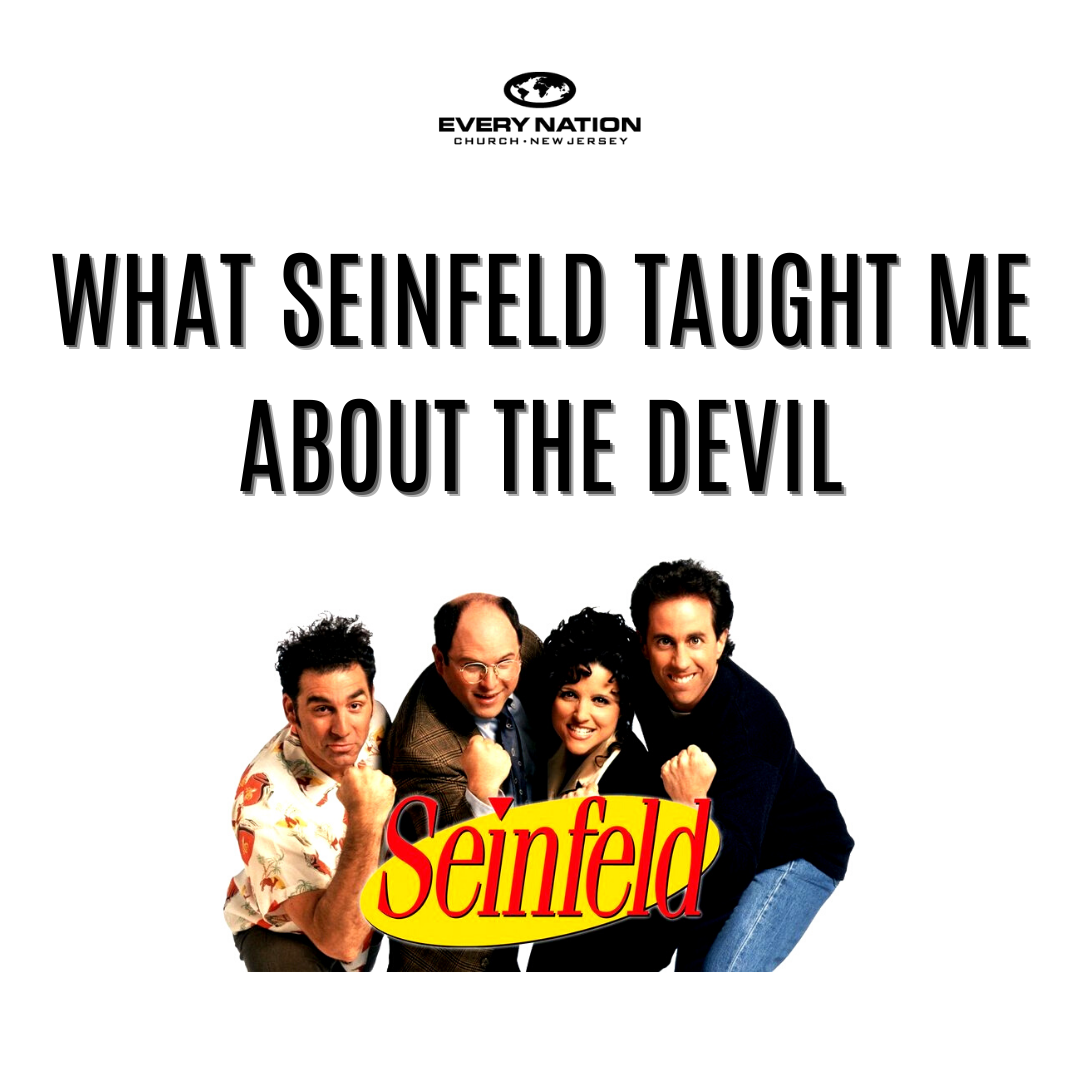 ‘You are of your father the devil, and your will is to do your father’s desires. He was a murderer from the beginning, and does not stand in the truth, because there is no truth in him. When he lies, he speaks out of his own character, for he is a liar and the father of lies.”
John 8:44

George Costanza, the iconic sitcom character from Seinfeld, famously said, “It’s not a lie if you believe it.” It was funny on the show, but not so funny in real life. The Bible warns us of an adversary, the Devil. He is the father of lies, and there is no truth in him. In fact, he’s kind of a one-trick pony. How many of you have ever had that season in your life where everything was going well, and life was good, and inside your head, you heard this whisper, “….this can’t last”. Or a season of life where all hell is breaking loose and nothing is going right, and again you hear the whisper, “it’s always going to be like this”. Have you heard that voice? Don’t you believe it. The devil is a liar. There is no truth in him. In fact, there was another infamous Seinfeld episode where George realizes all his instincts are wrong. He decides I’ll just do the opposite of my instincts. In doing so, George’s life suddenly turns around. He gets the girl, the job, and life is working for him. Next time you hear that whisper……believe the opposite. Lean into the truth of God’s word. God is for you. You cannot lose.